The Amazing Memoirs of Geoffrey Goddard 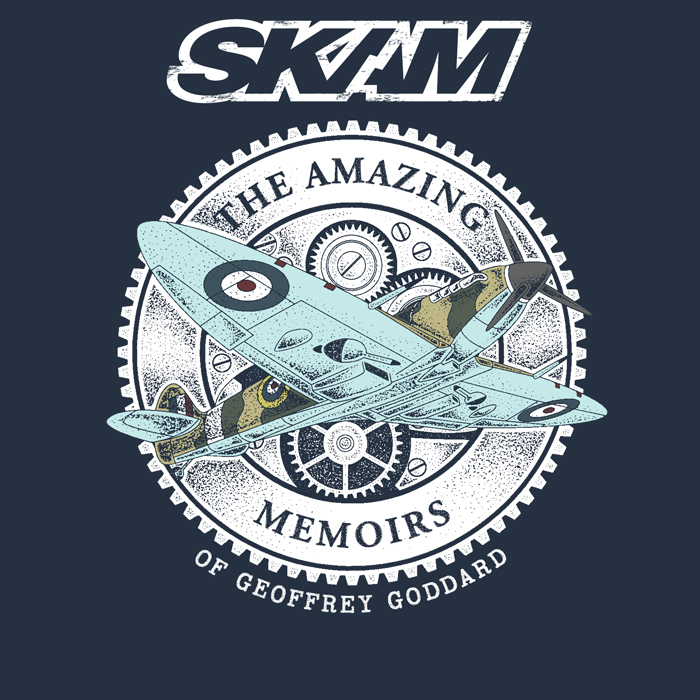 With 2 well received British rock albums under their belts, the band decided they wanted to do something different. The UK rock scene was struggling due to the fact bands were releasing song after song and album after album of generic rock. SKAM felt there was a thirst for something different. They did not think they needed to re invent the wheel, but looked at history, they looked at what made rock music so popular in the first place. From this research the band decided to create a concept album and Geoffrey Goddard was born. The 12 track album follows a time travelling spitfire test pilot on a journey of self discovery. Each track takes you to a different time zone and has a different human experience with the final track seeing you take Goddard home. With the concept and the songs SKAM approached a number of industry members with their idea. This was not well received as most thought the risk was too high, who had released a concept album in the past 30 years? With no industry interest the band decided to do a self release. With a long running working relationship, SKAM approached the wonderful Matt Elliss once again. A Man that knew SKAM and understood what they stood for. He jumped at the chance to work on something that was different, something he had not been part of before. SKAM now had the challenge to not only record the songs, but to paint a picture with their music. Each track had to transport the listener to the time and place, had to make them feel they were on the same journey as Goddard. The recording process was the longest the band had undertaken. With a new drummer in the mix, Neal wanted to bring his own twist to the overall sound “Yes, I play the drums but still like to have input on the songs. I have been known to shred a 6 string so made sure I had some ideas in my pocket, I wanted to become a member of SKAM, not just been known as the drummer”. With 3 song writers in the band the creative ideas exploded! Release in the summer of 2017, Goddard went on to be their most successful release to date. The fans got it, they needed it! Something from the old days but something that sounded modern. The complete rock fan experience was completed and SKAM cemented their position in the UK rock scene. The album was voted in the top 100 albums of the year in a number of magazines, including Classic Rock, and the singles all made the play list for Planet Rock radio. The album was toured as a “show”. Played in order with a stage show 2nd to none, the tour lasted 18 months and hit over 100 UK venues.