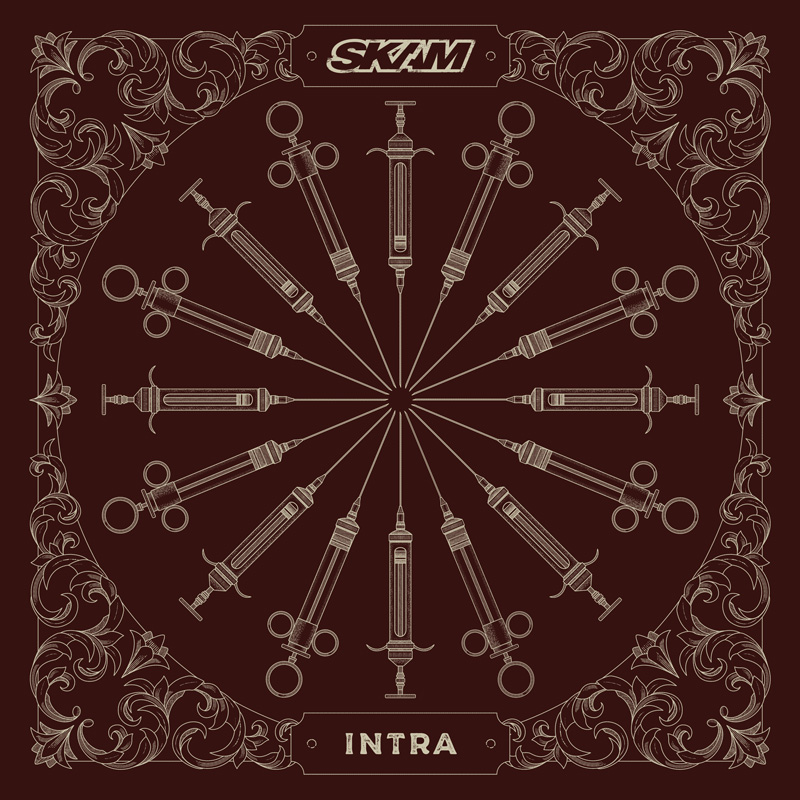 With a history of pushing boundary’s and doing things different, INTRA is part 1 of a 2 part set released in 2021. The 6 track EP was released to rave reviews from Classic Rock Magazine, Power Play magazine and ERB magazine to name a few. Recorded with long term hard rock producer Matt Elliss, the band set out to make a hard hitting record. “After TAMOGG we wanted to get back to basics, create a hard hitting contemporary British rock album” says Neal Hill, “this release does have a theme, each track is about a human condition, illness, seven deadly sins, the way people feel”.

INTRA is a landmark for the band, this is their first release to make an impact on the UK Charts. “We couldn’t believe it! The first week of release we went in at number 6 in the UK Rock charts. It’s an amazing achievement for 3 dudes from Leicester” says Matt Gilmore. “The support from our fans and the industry has been something special, everyone got behind this release and helped us realise our dreams, we just hope we get some great gigs out of this” wise words from 6 string shredder Steve Hill.

With EP 2 released later in 2021, the complete INTRA-VENOUS package will go down in SKAM history as their finest work to date.